100 Days Until the Most Important Election in a Generation 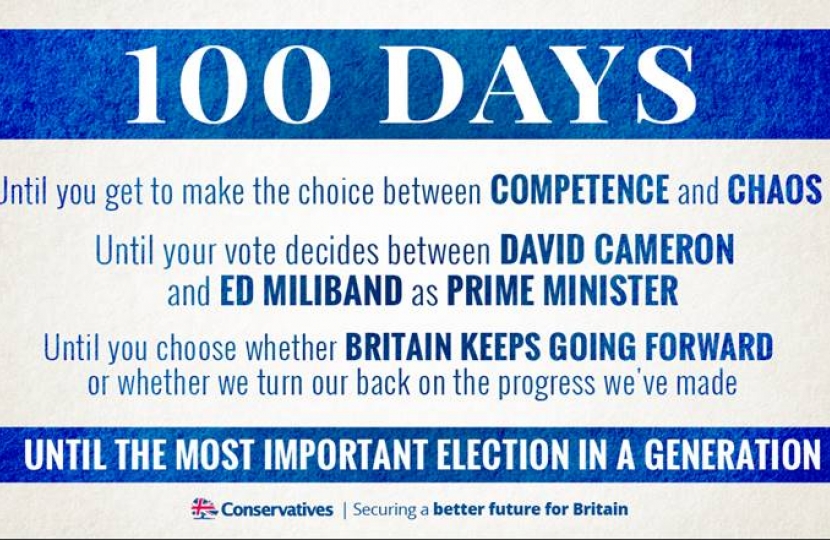 There are just 100 days until the most important election in a generation, where voters will have the choice between a Britain that keeps on going forward and competence with the Conservatives, or risk chaos under Labour.

We've worked hard to turn Labour's mess around. By working to our long-term economic plan over these five years we will have seen:

The Conservatives are working hard to secure a better future for Britain through our long-term economic plan.

Over the next few months, we'll be giving everything we've got in Liverpool to win the fight for Britain's future.