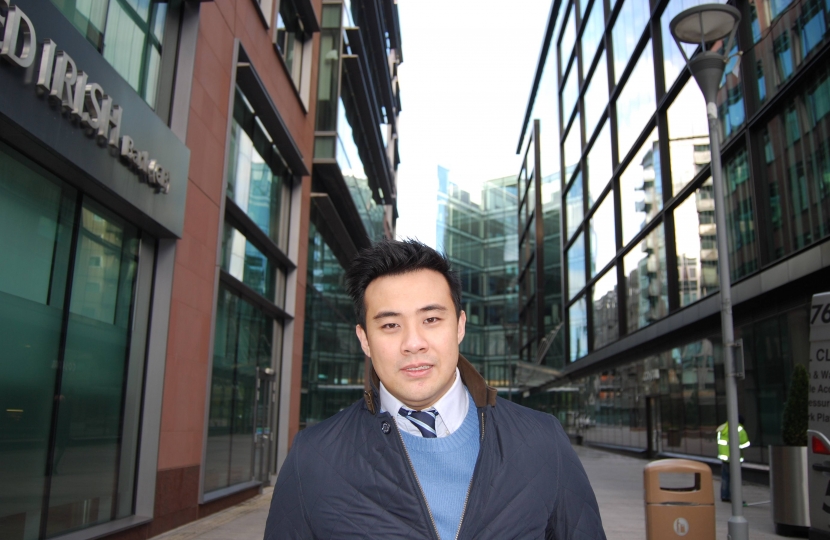 It is great news for the people of Liverpool Riverside and its surrounding area today as a future Conservative Government has said that we would help businesses create 2 million more jobs by 2020. This would mean more jobs for our community and also better security for families and our next generation.

In 2010, unemployment had rocketed. There were almost half a million more people unemployed, meaning many families were looking to the future, scared and unsure of what was to come. As a lawyer, I came across careers destroyed, graduates disillusioned, family businesses ruined and families broken as a result of the economic chaos. I, too, was worried about my future and for those around me.

Now five years on, by working through our long-term economic plan and backing business with lower jobs taxes and better infrastructure, exporting more abroad, look at what our country has achieved by working hard together:

I take great pride in our country's economic recovery. Over the last five years, we have created 1,000 jobs a day and if I am elected as your Member of Parliament in May 2015, I will work hard with my colleagues to keep on creating 1,000 jobs a day across the country in the next five years - and more importantly create more jobs in Liverpool Riverside.

For Liverpool Riverside, the choice is simple: we go back to square one and the days of big unemployment and a weak economy.  Or vote for me and finish what we have begun as a country - to secure our economic recovery and to put Liverpool on the path to be a Northern Powerhouse. We are the jobs party – and over the next month, I will be fighting hard for every man and woman who wants to work and earn a wage.

In 2008, there were serious worries about the viability of Jaguar Land Rover and Vauxhall's plant in Liverpool; locals were worried about losing their jobs - which would have serious repercussions across the city, especially for the people and communities of Liverpool Riverside. Now with our economic recovery, we are building more cars that Italy, creating more jobs and security for our local community and a strong part of Britain's international export story - we can walk tall again as a nation.

Furthermore, this morning also sees the Society of Motor Manufacturers & Traders announce £1 billion of new investment this week in Britain’s car industry – meaning thousands more jobs. This is a clear vote of confidence in this Government’s long-term economic plan with nine figure investments from companies as diverse as Honda, Jaguar Land Rover and the London Taxi Company. It means more cars coming off the production line, factories expanding and – most importantly - more people getting into work.
It shows that we need to stick the course and to support this recovery, locally or nationally, please vote for me and the Conservatives next month.