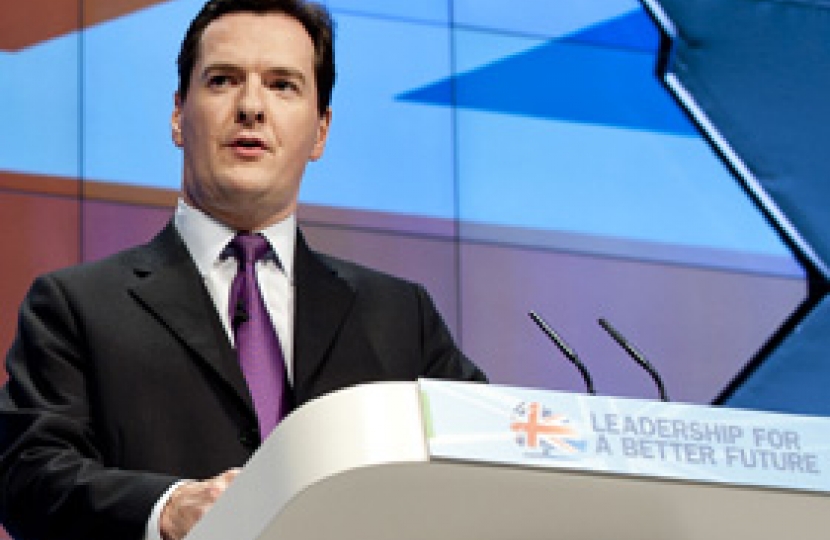 In his Autumn Statement delivered today, the Chancellor George Osborne has spoken of the progress being made towards economic recovery in the UK and further measures which will be taken.

The Chancellor announced that the deficit has fallen by a quarter in just two years and is forecast to go on falling each and every year of this Parliament.

The Government’s economic strategy will continue to focus on reducing the deficit, restoring stability, and rebalancing our economy. Today George Osborne set out how this strategy will be maintained by taking the following action:

• £6.6 billion has been saved by controlling welfare and cutting Whitehall spending. £5.5 billion of this will be invested roads, schools and science.

• Cuts to corporation tax, so it will have fallen from 28p to 21p under this Government – the lowest rate in the G7 and the fourth lowest in the G20.

Helping with the cost of living

• Increase in the personal allowance by a further £235, meaning 24 million people will get a tax cut. It also means 2.2 million people below the income threshold will be taken out of income tax.

• Increase the state pension by 2.5 per cent, higher than either earnings or inflation, taking the full Basic State Pension to £110.15 a week.

• Tackling tax avoidance through the UK’s first ‘General Anti-Abuse Rule’, targeting the promoters of aggressive tax avoidance schemes and the closure of loopholes. An HMRC unit dedicated to tackling offshore evasion will also be set up.