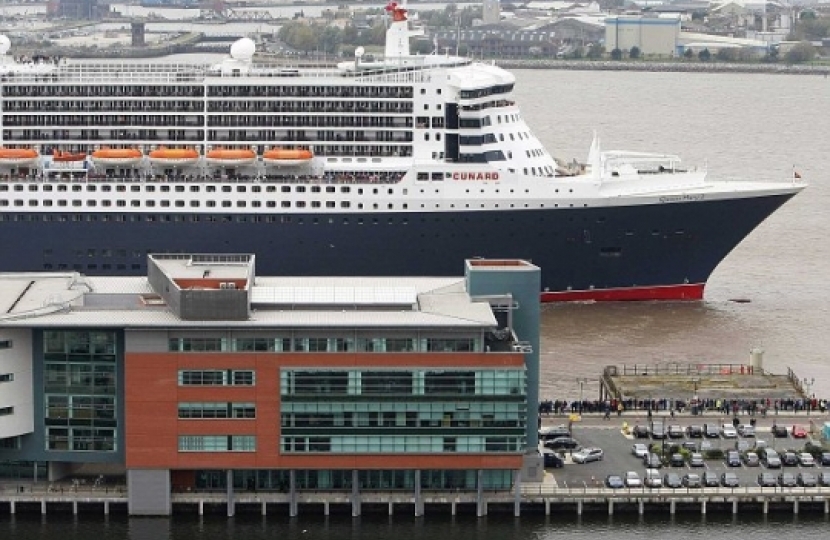 The European Commission has found that public funding worth £17.8 million granted for the construction of the Liverpool cruise terminal is in line with EU state aid rules. The new infrastructure furthers EU transport policy objectives without unduly distorting competition in the Single Market.

The decision has been welcomed by Jacqueline Foster MEP, the Conservative Spokesman for Transport & Tourism: "This is great news for Liverpool and proves that our Conservative-led Government was right to reverse the decision of their predecessors in not allowing a permanent cruise liner terminal to be built in Liverpool.

"The positive effects of the project - not least the new jobs and increase in tourism - are really exciting and long overdue.

"Our city has a proud maritime history and it was frankly ludicrous that we were unable to build a cruise liner terminal, following the Government's successful consultation on the proposal."

Following a complaint, the Commission started to examine the financing of a new cruise terminal in Liverpool in 2011. The project was conducted by Liverpool City Council, who had received £9.2 million from the Government and £8.6m from EU Structural Funds.

Following discussions with her colleagues in Westminster, after the 2010 General Election, Jacqueline Foster MEP met with both Siim Kallas, EU Transport Commissioner, and Joaquin Almunia, EU Competition Commissioner, and urged them to take action to allow the investment to go ahead, as this would meet with the aims of rebalancing the local economy and increasing tourism.

The investment will allow for a better exploitation of sea transport services, particularly in the cruise industry. The Commission found that the public funding was limited to the minimum necessary to make the investment possible.

The Commission also found that the potential distortions of competition triggered by the public funding will be limited because the terminal will have a small market share, both in the EU and UK markets.

The Commission therefore concluded that the project is in line with Article 107(3)(c) of the Treaty on the Functioning of the European Union (TFEU), which allows state aid for the development of certain economic activities, provided that it does not unduly affect trade and competition in the Single Market.

Article taken from the website of Jacqueline Foster MEP: http://www.jacquelinefostermep.com