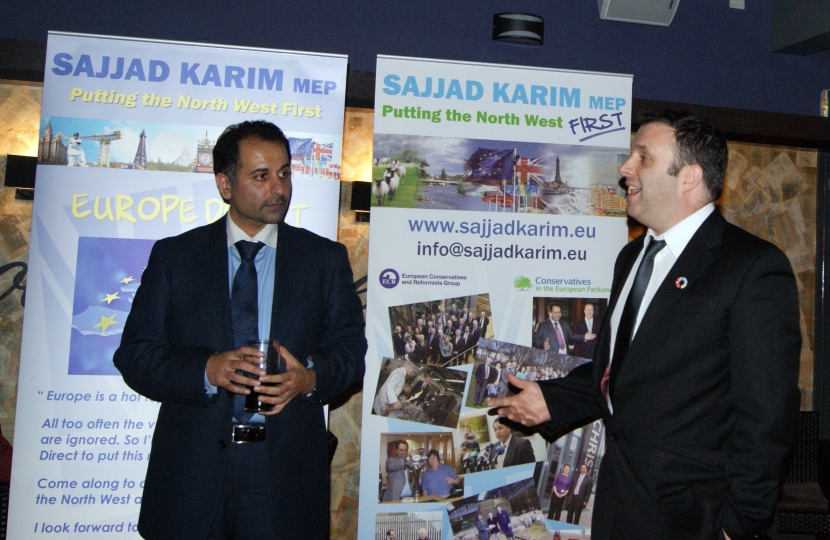 The City of Liverpool Conservative Association was proud to host the launch event for Europe Direct with Sajjad Karim in Liverpool City Centre. It proved to be a great opportunity for all members to engage with Sajjad on the issues which they really care about regarding Europe and the work of our MEPs.

A particularly high turnout by City of Liverpool Conservative Future gave a fresh perspective to many of the pressing European issues and how they see the future relationship of Europe and the UK.

Many topics were covered, ranging from courts to corruption, from the Greek bailout to who’s sovereign – no European issue was off limits!

Sajjad has been a fantastic friend to the City of Liverpool Conservatives, and we were grateful for him to launch the Europe Direct events in Liverpool. We’re equally thankful to him for coming along to one of our regular campaigning sessions beforehand in Woolton where he spoke to local residents on behalf of Adam Marsden with the team.

The interactive session proved very popular amongst members and we all look forward to welcoming Sajjad back very soon.