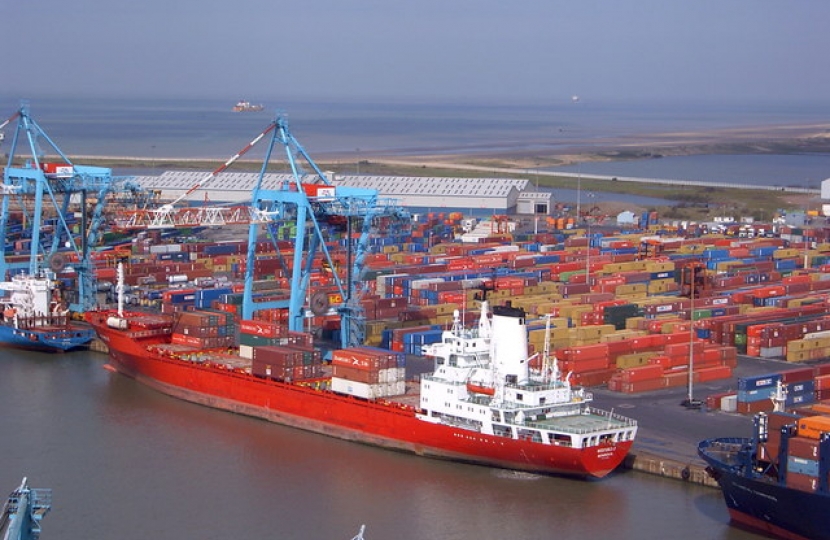 The City of Liverpool Conservatives welcomes the Transport Secretary, Patrick McLoughlin's, announcement of the ambitious £15bn investment in Britain's roads. The Conservative-led Government is investing in over 100 new road schemes, of which 83 were announced on the 1st December 2014.

Access to the Port of Liverpool will be improved, with funding secured to upgrade the A5036 Princess Way through Seaforth and Litherland to connect the port to the motorway network.

Other improvements in Merseyside includes a new junction off the M56 to serve Runcorn and to provide a new link to the Mersey Gateway Bridge. There will also be upgrades to the M53 in Wirral to create a smart motorway to manage congestion.

The City of Liverpool Conservatives welcomes the news that the region will see the benefits of nine new schemes worth approximately £800m announced by the Conservative-led government, creating an estimated 600 construction jobs.

"Today I am setting out the biggest, boldest and most far-reaching roads programme for decades. It will dramatically improve our road network and unlock Britain’s economic potential.

Roads are key to our nation’s prosperity. For too long they have suffered from under-investment.

This government has a long term plan to secure the country’s future and this £15 billion roads programme is demonstration of that. Better roads allow us to travel freely, creating jobs and opportunities, benefiting hardworking families across the country."

"Our long-term economic plan means today we can invest an unprecedented £15 billion into Britain’s infrastructure to improve repair and expand our roads.

Our plans will transform some of the country’s most important strategic routes, with ambitious projects to dual the A303, A1, A27 and the A47 as well as spending on important local infrastructure boosting productivity and helping local economies.

For years our roads have been neglected. Now that this government is fixing the economy, we can afford to invest properly in our roads – unlocking jobs for the future and local growth by creating a road network that is fit for the 21st century."