Jackson Ng Welcomes an Increase in the Minimum Wage 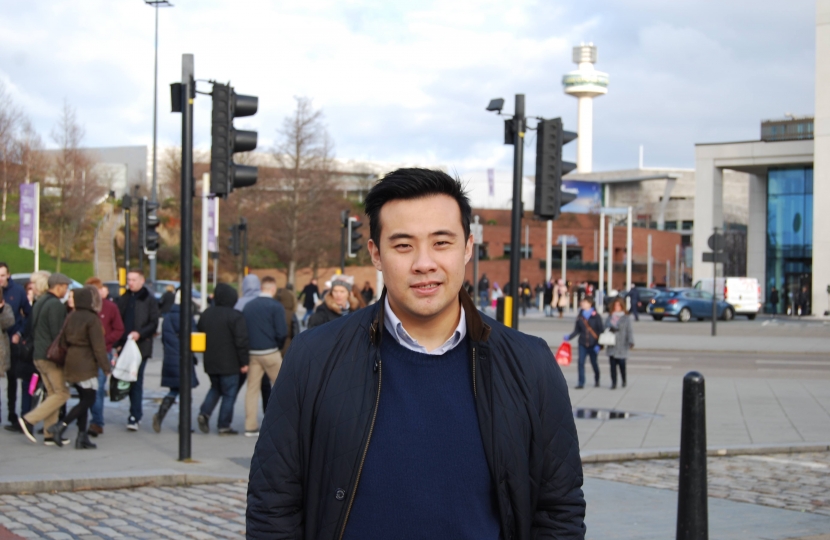 As the Conservative Parliamentary Candidate for Liverpool Riverside, I welcome the Prime Minister's announcement today that there will be a 3 per cent increase in the minimum wage to £6.70 an hour – helping 1.4 million of the lowest paid workers in our country. This will benefit the hard working people in Liverpool and raise living standards all over Britain.

I am in politics to help people, and helping people become financially secure for the future is at the heart of the Conservative Party's long-term economic plan – no more so than Britain’s lowest paid workers who were amongst the hardest hit by Labour’s Great Recession.

As of October this year, the increase in minimum wage to £6.70 will take place. I am extremely proud to be part of the team that has given the largest rise in minimum wage since 2008 and is only possible because of the Conservative Party’s careful stewardship of the economy these past five years. We will also be raising the minimum wage for apprentices by 20 per cent.

Without a strong economy, many of the things that people in Liverpool and up and down the country are so passionate about - a strong NHS, investment into our education system, defence - will not be affordable.

Let us not allow let Labour to slip into Downing Street with the SNP where not only our economy will subjected to more borrowing, more debt and taxes but also a party only interested in breaking up our country.

As ever, at this election is it is a choice between competence with the Conservatives and chaos with Labour. Let us keep with our long term economic plan for the country and Northern Powerhouses. Please vote Conservative come May 2015.