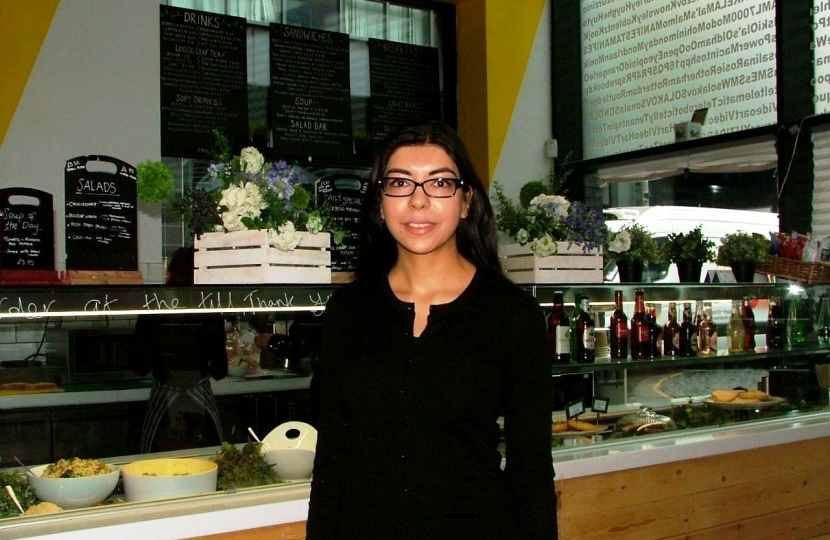 A recent survey carried out by ComRes for the BBC radio station Newsbeat last month showed that the concerns of young people (18 â 24 years) are about managing the NHS, keeping down the cost of everyday items such as food, energy and travel, controlling immigration, housing affordability and improving education.

Significantly too was the result showing that 47 % said they intended or were likely to vote on 7 May and that 64% felt that the outcome of the next general election will make a difference to the future of Great Britain.

I hope that the numbers of young people voting in Liverpool will be high, ensuring that they make their vote count and their voices are heard.

Earlier in the week, I met with Co-ordinators at the Liverpool branch of a national youth charity which is non-political, working widely within the community.

It was exciting to hear about the various projects in Liverpool for young people including leadership programmes and a programme for first time voters in the May general election.

I also learned about the various issues that concern the young people of Liverpool today including their increasingly pressured workloads and life, mental health issues and their future education and securing employment in the city afterwards.

From this meeting I took away with me the sense of how passionate and talented the young people in Liverpool really are, and that we must do more to support them, address their concerns and make them a priority in what seems to me a tougher time to grow up than when I was in this age group.