Liverpool Lib Dems Join Labour To March Against Their Leaders 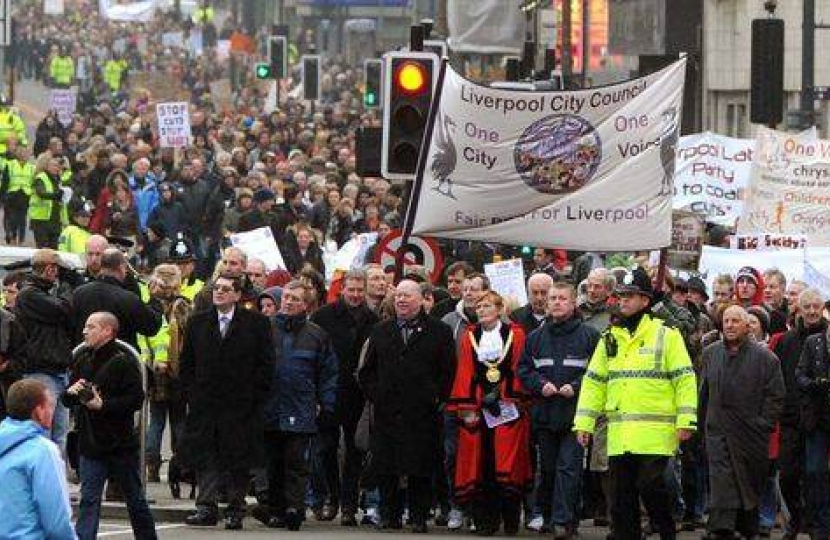 The City of Liverpool Conservatives praised the national leadership of the Liberal Democrats for forming a strong and stable coalition government in the national interest.

However, the divided and confused Liberal Democrats in Liverpool have recently joined the Labour Party to march against the government! A government which includes Nick Clegg and Vince Cable!

In addition Cllr Bradley's recently leaked email attacking Nick Clegg's decisions and his subsequent resignation as Leader of the City Council Liberal Democrat Group, show even deeper division and even more confusion than ever before within the Liberal Democrats in Liverpool.

These unusual moves have angered many local residents who believe that only the Conservatives can be trusted to oppose the Labour Party in Liverpool.

The Lib Dems are divided and confused. Only the Conservatives can save Liverpool from the Labour Party! Vote Conservative on Thursday 5th May.