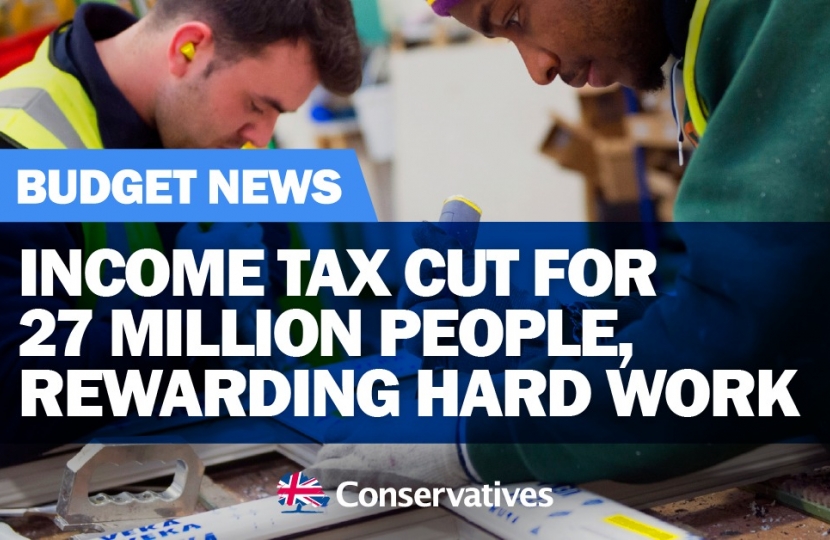 Liverpool's Conservative Parliamentary Candidates welcome the Chancellor's budget which shows the Conservatives' long-term economic plan is working. We have a long-term plan that is working - building a healthier economy and securing a better future for Britain.

Ed McRandal (Liverpool West Derby) says, "The budget shows that the Conservatives' long-term economic plan is securing a better future for our country. With record job numbers and a growing economy, more people have been given the chance to get on in life."

Jackson Ng (Liverpool Riverside) welcomes news on jobs in Liverpool Riverside by saying, "It’s excellent news that 1789 fewer people are relying on Jobseeker’s Allowance and Universal Credit in Liverpool Riverside compared to 2010 - a 38% drop. Coming alongside the news that wages are rising faster than prices, it’s clear that the Conservatives’ long term economic plan is working for families in our area, helping people become more financially secure."

People are getting off benefits and into work across the North West, with 137,000 more people in work since the last election.

Overall there are now a record 30.9 million people in work, with 1.9 million more people in work since the last election. This has been driven by businesses creating jobs, with 2.3 million new jobs in the private sector.

James Pearson (Liverpool Wavertree) comments, "We have been working through our long term economic plan, and the local economy has been steadily improving. This Budget is another step on the road from austerity to prosperity - with support for savers, lower taxes for people in work and a clear plan to make sure Britain pays its way in the world.

Dr Martin Williams (Garston & Halewood) says, "In the North West, there is good news for the Health North initiative - £200m more funding - to ensure the best quality of NHS care for those across our region, and to promote innovation and research into what treatments really work. There will also be a further announcement later this week about the Northern Transport strategy."

Norsheen Bhatti (Liverpool Walton) welcomes news regarding ultra-fast broadband, "The broadband connection voucher scheme will be available in Liverpool by 1st April and is open to all SMEs, charities, social enterprises and sole traders and provides up to £3,000 to support broadband connection. The schemes in Manchester, which has already issued 1,330 vouchers, and Salford, which has issued 291 vouchers have proven to be a success and no doubt they will be a success in Liverpool too. This scheme will be valuable and help secure the future of small businesses in Liverpool and ensure our city continues to keep up with technology, grow and be prosperous."