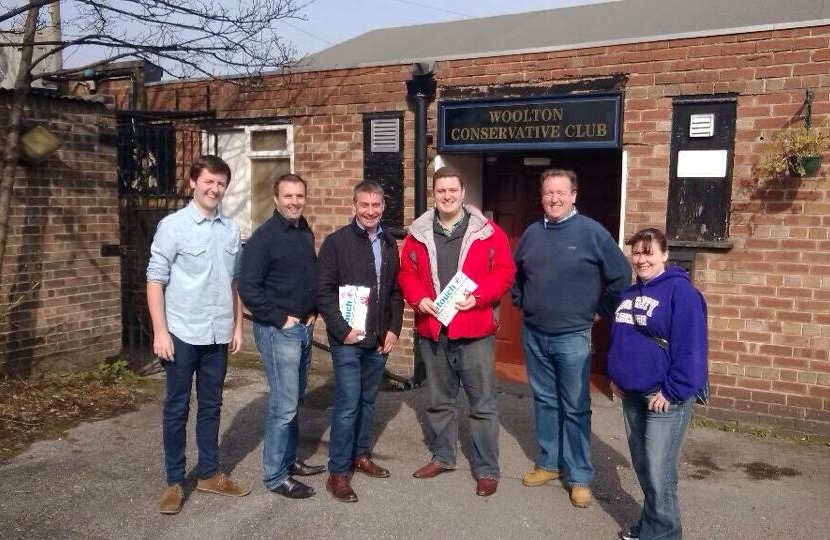 On Saturday 29th March, two of the Conservative European Parliament candidates (Kevin Beaty and Dan Hamilton) joined in the Liverpool campaign for the Local and European elections held on Thursday 22nd May.

They both spoke to many people on the doorstep, where a fantastic response was received. Local residents realise that only the Conservatives are offering a referendum on Europe, something they cannot get by voting Labour, Lib Dem or UKIP.

This follows a visit by Joe Barker, a fellow European Parliament candidate, who spoke at the City of Liverpool Conservative's Supper Club following the AGM at Aigburth Cricket Club on Wednesday 26th March.