My Priorities for West Derby 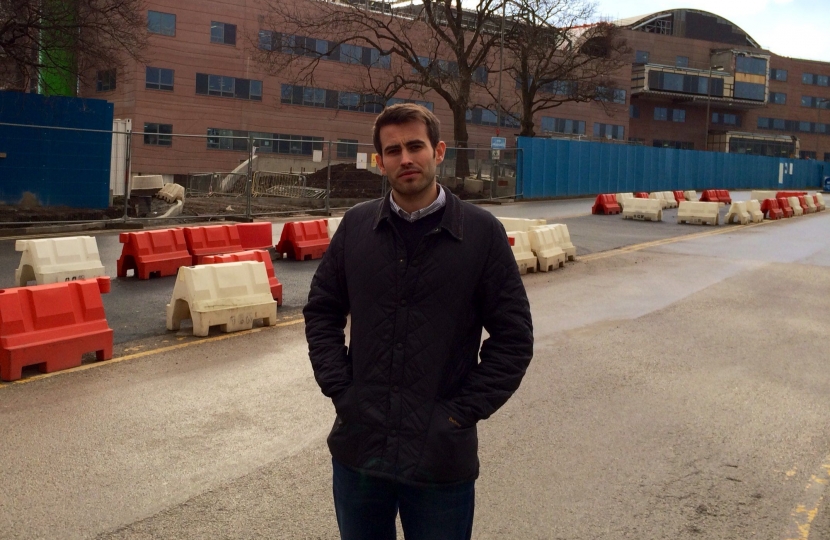 It’s a great honour to be chosen as a Parliamentary candidate, and I am very proud that I am standing in a fantastic constituency like Liverpool West Derby.  For the next 100 days until May 7th, I will be writing a lot about the issues I hear on the doorstep, but I wanted to use this first post to talk about my passions and why I want to be your MP.

My first and biggest priority is the NHS. It's a brilliant institution on which millions of people, myself included, rely. I want to spend my campaign talking about how we make the NHS even better, welcoming the construction of the new £237m Alder Hey Children's Hospital and celebrating how thousands of patients have now received treatment through the Cancer Drugs Fund. The priority for politicians should always be to think about how we make the NHS better and that’s what the Conservatives want to do in Liverpool.  It therefore saddens me to hear Ed Miliband’s boast that he wants to “weaponise” the NHS, purely for his own political gain.  It is completely unacceptable to scare people into thinking that the NHS is on the brink of collapse, particularly when we've seen the damaging consequences of Labour’s own health policies in Wales.   It is also extremely troubling to read recent reports of high profile UKIP spokespeople queuing up to call for the NHS to be abolished.

There is no institution more important than the NHS, so let’s be clear. No matter what Labour claim, or UKIP believe, the NHS is here to stay.

My second priority is delivering jobs for local residents.  I once faced several months out of work and I understand the destructive impact that unemployment can have.  Getting people off welfare and into work is at the heart of what makes me a Conservative and it is extremely encouraging to see the progress that is being made in Liverpool West Derby.  Across the constituency more people now have jobs and the number of people claiming Job Seekers Allowance is down by over 30%.

But this progress is only possible if you are prepared to take the tough decisions.  Time and time again we have seen how the Labour Government have failed to learn from their mistakes which bankrupted the country. The choice that voters will have on May 7th is this: turn back to the failed policies that led us into financial mess, or continue the Conservative’s long term economic plan which led to the UK being considered the fastest growing economy in 2014.

My third priority is reducing crime.  Put simply, crime is too high in Liverpool West Derby and local residents have suffered failure for too long.  We have a Labour Police and Crime Commissioner, Labour MP, and Labour council who have failed to tackle rising rates of violent crime and anti-social behaviour.  If crime rates are falling across the country, it is reasonable to ask why are Labour failing across the city?

On May 7th, residents will have a choice in Liverpool West Derby. I pledge to run a positive campaign which focuses on delivering jobs for local people, cutting the unacceptably high crime rates and supporting our NHS.