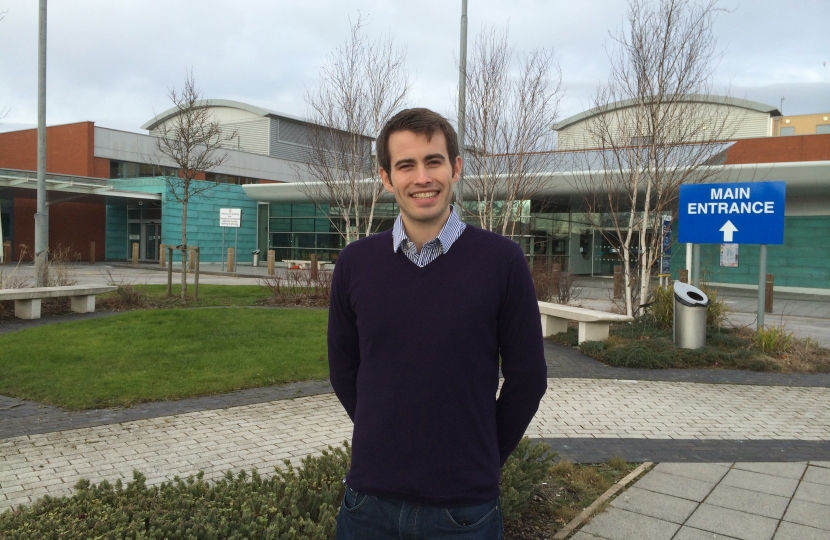 Looking after the NHS so it can look after you is a priority for the Conservatives. You see this investment in Liverpool West Derby and across the city.   It was David Cameron who prioritised funding for the new £237million Alder Hey Children’s Hospital, began construction on the site for the new Royal Liverpool Hospital and promised seven-day a week GP access within the next Parliament.

Faced with such evidence, Labour is getting desperate.  Instead of facing up to the problems they created, with the disaster at Mid Staffs the most powerful and disturbing example, they simply serve to scaremonger - fulfilling Ed Miliband’s vision of ‘weaponising the NHS’.  His words, not mine.  True to form, Labour have now launched a campaign which claims the Conservatives intend to reduce funding for the NHS.

It’s important to call this out for what it is – a deliberate and misleading untruth. Under the Conservatives, funding for the NHS has and will continue to rise faster than inflation.

Let’s look at the evidence.  In England the Conservatives have continued to invest in the NHS, whereas in Wales, where Labour controls the purse strings - funding has been slashed by 8.6%.  This has forced many patients to move to England in order to receive life changing treatment; waiting times have spiraled upwards; and there are numerous examples of inadequate patient care.

Rather than scaremongering about the NHS, we need to showcase the excellent examples of how committed professionals are working to make things better.   Just this week I heard from fantastic clinicians at Broadgreen hospital, and how they are transforming cardiovascular services.  These doctors and nurses don’t want to be the foot soldiers in Ed Miliband’s class war, they want to get on with delivering for patients.  It is the Conservatives who are providing them with the support they need.

So, let’s be clear. The NHS is and continues to be a priority for the Conservatives, despite how desperate Labour get.