Vote Conservative on Thursday 22nd May 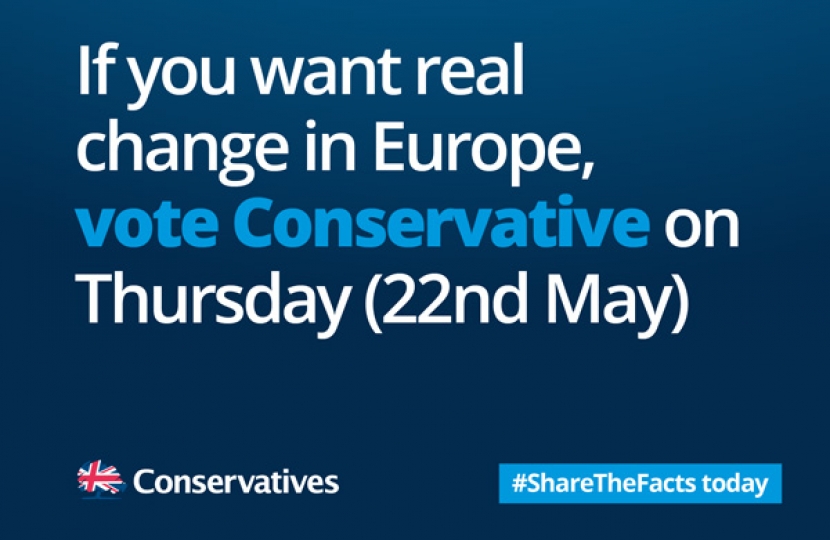 If you want to see real change in Europe, vote Conservative on Thursday 22nd May.

On Thursday you will also have the chance, in Liverpool, to vote for your local councillor who will represent you for the next 4 years in the Town Hall. This is an important role for every community, and that is why the City of Liverpool Conservatives is contesting every ward in the city. This is contrast to other parties such as the Lib Dems and UKIP who are only fielding candidates in a handful of wards.

The Conservatives have a record of action in Europe by:

The Conservatives will renegotiate Britain's relationship with the EU by:

And crucially, the Conservatives will offer you an in-out referendum by the end of 2017. Labour and the Lib Dems won't give you a say, and UKIP simply can't deliver.

If you want more information about voting in Liverpool please contact the City Council via: http://liverpool.gov.uk/council/voting-and-elections/